Why Do You Hate Recruitment?

A few months ago, I met a recruiter who told me that he “hates recruitment”.

‘Hate’ is a pretty strong word, but that’s what he said. So, I had coffee with him to find out why.

He started the conversation by telling me that he is a pretty good salesperson – and he was able to evidence this by explaining how he had won a reasonable amount of new business for the company. He also told me that he was 4th in the team out of 10 in terms of interviews arranged each week.

Despite this, however, he said that his manager was constantly ‘nagging him’ about the lack of results.

To use a football analogy, he simply wasn’t ‘putting the ball in the back of the net’ often enough.

So how could it be that an apparently competent salesperson with good communication skills and a good work ethic was ready to leave the industry within 9 months of starting his career?

The simple but sad answer is that his manager did not know how to operate as a ‘recruitment doctor’. Instead, the manager’s attempt to gain improved performance was to attack during one to ones, making him feel small and telling him to work harder.

Training and coaching are not always the fixes for underperformance but with this guy, they certainly were. He had no idea how to improve his interview-to-placement ratio from 1 in 8 to that of the top performer in his company, his boss, who was achieving 1 in 2.5.

So, just like a real doctor, I questioned his ‘symptom’ of 1 placement for every 8 interviews in order to uncover the root causes so that he could take action and make more money for the same effort.

This is not an exhaustive list but, for him, the four main root causes were:

This is a summary of the actions he agreed to implement following our coffee together:

Improve the way he questions clients when taking job specifications

Wherever possible, recruiters should meet your client face-to-face in order to take a full job specification. This will invariably lead to the client giving you more time, meaning you will have a deeper understanding of the vacancy and you will be able to challenge so-called “essential” components of the job. At the very least, meet via teams and record the meeting.

Improve the way he prepares candidates for interview

Watch Romney Rawes’ ‘magic wand’ video on RecruitmentTraining.com. Dozens of our clients have confirmed that this is one of the best candidate interview preparation methods they have ever come across.

When you first speak with a candidate, ask:

“What are the ‘5 most important things to you in your next career move?”

Then, after arranging an interview for your candidate, explain to your client prior to the interview:

“If you want to secure Jenny, the five main things that she is interested in from her new employer are A, B, C, D, E.  Will you be able to bring those into the interview conversation?”

There are over 30 ways to find candidates for free but your number one source of free candidates should be referrals. Master the art of referrals by analysing how you currently ask for them versus how the top performers do it and then practice until you are as good or better than them.

Then begin learning and mastering the other free candidate sourcing techniques.

But did my advice help him to fall in love with recruitment again rather than hating it?

Whether he now loves the job, I don’t know – only he would be able to tell you that. One thing is certain though, if he had been trained properly and had been exposed to the ‘recruitment doctor’ mindset so that he could analyse and fix reasons for underperformance any time he liked, it’s very unlikely that he would have got into that ‘hate position’ in the first place.

However, if results are anything to go by, he did have pretty rapid success because he emailed me a few months later to say that he’d finally hit target three months in a row for the first time – and that the Romney Rawes’ ‘magic wand’ video, in particular, was instrumental in making that happen.

Don’t inadvertently lead your staff to hate their jobs – train your managers to think like ‘recruitment doctors’.

Managers shouldn’t be attacking staff during one to ones, making them feel small and telling them to work harder. They should be analysing the w

Would you like to save 20 hours each time you hire?

And reduce your recruiters’ time time-to-bill…?
show me how 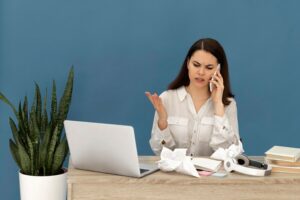 Minimising The Risk Of The Counter Offer 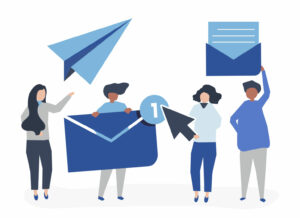 Also, we have online learning for recruiters.  See All Courses